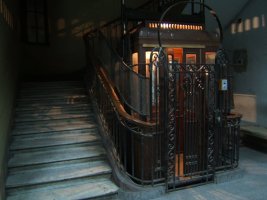 Violence is not an answer.

Unless, maybe, when you are trying to make someone think. Think for the sake of saving their own life.

A member in the meeting said they had a conversation with a person who was struggling with making their younger relative see what they were doing with their life, throwing it all down the toilet due to being enslaved to substance abuse.

The mentioned member already had gone through their lot of troubles of making it through addiction in one piece. The family member knew nothing of the addiction, but they witnessed the toll it was taking on the younger one. Eventually the relative said “I wish I could beat the recovery into you” because he was shown how well abstinence worked in others.

I wish we could beat recovery into others. Unfortunately, it doesn’t work that way. Maybe micro-chipping would work one day. But then, what would the person learn? Recovery is not a one-time session. It’s a journey. You can’t get far, if you’ve learned nothing of how to take few initial steps.

I’ve heard someone else in a different meeting say “The recovery elevator is broken. You will have to take the stairs.” That’s funny, and wise. But also, it’s too merciful. The truth is the recovery elevator doesn’t exist. We have to take stairs all the time. Although, sometimes we wish we could have an elevator like that to save lives in cases of emergency. There’s plenty of those. And you can’t beat it into them. They have to really want it to give all they’ve got, no matter what anyone thinks. That’s the way I’ve learned it. And thousands of those like me.

the elevator image was copied from https://www.saveourelevators.com/ thanks.