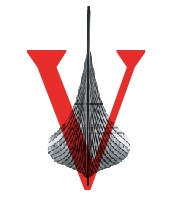 I went to a Viking Age society life exhibition at the local museum last month. I’m a Norse spirituality fan, so how I could I miss it? Beautiful exhibition, very well presented and explained. Besides the display of the artifacts excavated from the Norse soil, such as the swords, the ships, and the amulets, the museum provided a warrior battle presentation, played out by the Viking warrior and folk fans, travelling around the world. The brave folks dressed themselves in the Norse people garments and used the replica weapons to bring one another down in front of the packed auditorium, a crowd of which at least half were kids.

Each time a warrior fell in the one-on-one fight, the leader of the pack that explained the event to the audience, invited us to bring the dead fighter back to life. It was explained to the guests that the warriors who fought so brave must be on the way to Hall of Valour where they were so eager to go and party until the end of time. The only thing that could possibly bring them back to life is… well, party on earth. “Anybody knows what mead is?” the leader of the pack yelled into the crowd. “That’s right, Viking alcohol drink!” The crowd was then encouraged to yell “Mead! Mead! Mead!” to bring the soul of the dead fighter back to join the body so he could join the rank of the armed folks on stage. And so it went after each fight.

I thought it was fascinating, because the kids in the crowd, were brought to believe, for some odd reason, that an alcoholic beverage could bring one back to life from death. Yes, those are Vikings, to the majority they are all extinct for a thousand years except for TV series legacy. Yes, there is folklore, mythology, and other fun stuff to read about, and maybe forget in a month or so. Yet some stuff, especially fun stuff like that, it stays somewhere in the mind. What enters the mind acts out at some point, in ways we find unexpected and fascinating. How many future punters sat in that room? How many of them, like me, won’t be able to let go off booze easily in ten years?

Yes, me. I never heard of mead raising the dead, but I was actively addicted to alcohol for years, and without my version of mead, such as beer, I felt like a living dead. With it I was alive and could rage like a warrior running through enemy shores and their castle walls of the modern world, or at least I thought so. It made up fun reality for me. It was a kingdom of illusion I loved to keep alive for many years. It didn’t do me much good.

Blame on the Viking fans? No. that’s not what I write this for. This one is as usual for opening eyes. For thinking, while it’s still allowed to do so. The Gods brought us enlightenment for a reason.

the image was copied from https://royalalbertamuseum.ca/visit/galleries/feature-gallery/index.cfm and pillaged by me. thank you.