Even inspiration doesn’t just get born

As if planted by the power

Of however brilliant your mind is.

That’s what I believe, anyway:

Those who have gone before us

Have passed knowledge to us.

Even if we don’t know how.

Even if we didn’t know them.

Even if we didn’t originally see it

And only now get a glimpse of it.

The dead bring the spark of wisdom

That can illuminate our lives.

If we allow it

We can learn from the mistakes of the past,

And not just our own.

That is great wisdom in itself.

The universe hears me. It keeps all the space and energy in itself, provides nourishment, change and death rites, and it finds time to hear me. I don’t know how it’s understanding of me works. I just believe that I’m a part of a massive, and close, and distant, and thoroughly deep system that works in and out, and far out. Within all that, myriads of connections exist between the organisms and things that some may consider soulless. In the midst of that, I connect to others, those so many that I’m not even aware of.

When I call for inspiration, or guidance, or healing, I don’t know what or where it comes from. I just feel its presence, its entrance, or its absence. It could come from people I know, or those I don’t, or never will know. If I feel the input, I give thanks, and carry on with what’s needed to be done, unless I allow myself to procrastinate, waiting for something else, a foot kicking my ass.

That ass-kicking foot is the universe’s will for something I haven’t asked for, yet clearly required. It’s just as important to receive that intervention as the one that I have consciously requested. Sometimes it is a mighty kick alright, and I’d get my crap together and get on with accomplishing what I originally intended to, or was not aware of originally, and now have realized I needed to.

And then sometimes it is a soft breeze coming out of nowhere, or so I’d originally think. It brings the news “Did you know?” through the words, spoken or written, of someone else. It also can take a form of a thought “What if?”, giving birth to itself within me.

Those things I ask for, the answers and gifts of them are important and I’m grateful for them. Yet those that come out-of-nowhere, those are more precious, because I can feel the care of the universe in their wind blow. I can feel that I’m being inspired, and it is quite possible that those weren’t intended just for me alone, but for someone or something else, for we are all interconnected, and one can influence another through whatever they do. That influence can be positive as well as negative, and we better keep that in mind, I think.

the image was copied from https://steemit.com/business/@cryptoandcoffee/motivational-kick-up-the-ass thank you. 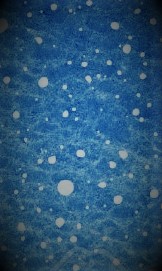 Frustration at powerlessness may never go away. Desire for complete control sometimes is overwhelming, yet things are happening the way they are supposed to. I’ve witnessed that many times and yet I still battle it.

Two days of Spring at the time that Spring should have been majorly on the way, and then… the warmth and melting of snow and ice is replaced by the coldest day of the week and sharp wind, carrying more snow. The white joyously proceeded to cover everything that has melted like the warmth hasn’t been around for weeks. And I’m laughing at it, because I don’t want to growl in frustration. I’m tired of Winter, I’m tired of cold, and ice. I have to grin at the changes that I do not welcome to stay at least somewhat positive.

Yet for some reason I find it hard to apply that grinning to darker currents creeping up from the voids opening under my feet and tempting me to support my ego fire to the point that I assume I should have all things bending under my will.

Humility is easy to express unless ego prefers to listen to things that work for other people and I want to have that. I know that I should remember my limitations and be grateful for those. Snow lit by the morning sun starts falling at the time I wait for inspiration calls. Winter is not ready to retreat. Springtime will come when the nature says so. My gratitude for realizing it opens my eyes some more, and I can see that the right inspirations, not the things I want, but the ones I need, are continued to be brought to me, whether it is when I’m looking for them, or when I least expect them.

the image was copied from https://www.123rf.com/photo_48132831_winter-watercolor-abstract-background-with-falling-snow-splash-texture-christmas-new-year-light-coba.html and cut up mercilessly by me to avoid intrusions that don’t belong in the balance. thank you.