Or not even know

That there are some

In their hemophilic body and spirit

Actual scars in my skin

Than scabs of old carnage

Reality whispers into my ear

And the wise ones call it

If I can pass that knowledge

I wouldn’t need it

I wasted years on in school.

To fly into your life

Even if you shut the windows well.

The fortunate ones live with scars

They become a part of our skin

We often don’t notice them

For what they are,

We live on and care for our skin.

With creams and oils.

I do remember what they came from, though

That’s why I am still here –

My scars became part of my body

In a healthy way

From obtaining those wounds

I remember what I cannot do

Experience is no longer

Such a negative word

the image was copied from https://www.youtube.com/watch?v=WpFulmjknb4 Funny enough, this video demonstrates how to removes scars with the use of Photoshop program.

Of heights and flights

Heartbeat of the chat that happens to be the last.

Pain of knowing pain of those so close

Waves of freedom falling on the beach

Misery of the reason the meeting took place

Wanting for the others to let go and go on

Wanting for the dark within the room to retreat

End of life of the one

Who stood strongly no matter what

Sleeping dance of spirit united with spirits of many

Who know even if others share not the glory of knowing

Then, from dark – light

Wanting to be a part of the sunshine

Even in the event

Of the proclamation of it being over

For energy never ceases to amaze

In its perpetual breathing.

Peace in union of three

Sorrow wanders in our feet

As we walk with our faces

Turned to the sunrise

Pain is not eternal.

the image was copied from https://embroidery.design/download/rune_jera_transparent_background/ thank you

I kept seeing what I want to see,

That you weren’t gone yet,

That you still breathed.

What my eyes caught

The sight of your spirit dancing serenely

Around what you’ve left behind,

As extreme heat leaves the road in a haze,

The road towards the dimensions unseen,

Journey with no end

On which you fly leaving us walking

Yet in gratitude and reflections

Of your beautiful path.

Why do people do this to themselves?

What kind of life is this if you always have to do what’s prescribed in the paper?

And this is not even in the paper!

I’m so mad right now and I can’t even express it, because this is workplace!

(just breathing can save you plenty of peace of mind)

Going with the flow of reality

You know you are feeling much better now.

And now, look, things start falling into place, aren’t they?

Try not to think so much.

When it doesn’t work,

the image was copied from https://www.google.ca/search?q=caution+hot+sign&source=lnms&tbm=isch&sa=X&ved=0ahUKEwjTlr3OuJLiAhWJi1QKHd3qCi8Q_AUIDigB&biw=1366&bih=625#imgrc=EaGeKj1m4YFSbM: thanks

I remember an old saying from back home: If you are arguing with an idiot, there is a chance that they may be doing the same thing.

Unless you are an Argument Master and you know the strategy of solving a dispute without losing your face and not making another person feel like crap, arguing is not much fun. I’m sure everybody had verbal fights and not everybody likes them. To have what they want, people need time, space, and choice. Let them have it, unless them having it causes serious trouble for others, maybe.

Choice is a vital part in this system. Very often people say/think they don’t have a choice, yet I think it is very rare when that happens. Granted, some people are stuck in jail or in a mental institution and they cannot easily walk away from being locked up, but even then some of them do have choice to accept treatment/rehabilitation and one day some of them may go free sooner.

So, let’s take me who is in neither of these situations. Let’s say I am having an argument, and I am about to lose my mind. I have several choices on how to act. I can:

breath in deep and exhale long,

take a step back,

It’s easy to be positive now and philosophize now, but how will I act when an argument pushing for rage comes? Well, I was learning when I heard of this, and I am learning still now as I am writing down the memories. The experience of it all will show how well and what I’ve learned. What I will try to remember firstly is that I need to present the positive choices first. Like, I always can say “no” as I have a right to say “no” without explaining why. Or I can step back instead of yelling, or even lunging forward. I have a choice to react by not reacting. Remember Rush: “If you chose not to decide, you still have made the choice.”

Unlike some others, we have opportunities to make positive choices. Let’s make those. And have some carrots.

Somebody at the meeting said they heard others being regretful and remorseful, talking about wanting to have their old life back, before they started getting in trouble. The response to them was: “Why would you want your old life back? Clearly, it didn’t work!”

That is such a good insight. Change is something we all go through, and I think I won’t be the only one to say that not many people love change. Change brings stress and vulnerability, new challenges, just as much as it brings change in vision, new friends, and a promise of fresh start. Lots of anxious times, even if half the time positive.

As for old stuff, like a suitcase full of decrepit clothes and no longer relevant ideas, it needs to stay in the past. And not only it deserves to stay there, we deserve a life in which the old stays exactly that way, old.

There are some things you don’t want to forget. Your grandparents, the memories of childhood friends, and first love. And the recollections of making through what you thought you’d never be able to do. And the reminders of how badly you can mess up if you don’t keep yourself in check. Those are not to be forgotten, because it made us what we were once, and they can still teach us something.

At the same time, the relationships that didn’t work, behaviors that didn’t help, dreams we didn’t work for to make real, – all those belong in the trash or in the fire pit. There is no use for them. Let them go.

I will not say a word about the easiness of letting go, because I often have a hard time with that one myself. But important thing is we want to let go, and we try to do so. Trying it like we mean it – that certainly counts. Change will make its walk through our lives, whether we are trying or not, only when we didn’t, we’ll know. The old have stays in the past for a reason, just like what we have now is for a reason. And if life passes us by, that’s our own fault, I think.

the image was copied from https://me.me/i/life-doesnt-get-easier-you-just-get-stronger-me-now-2305673 thank you. 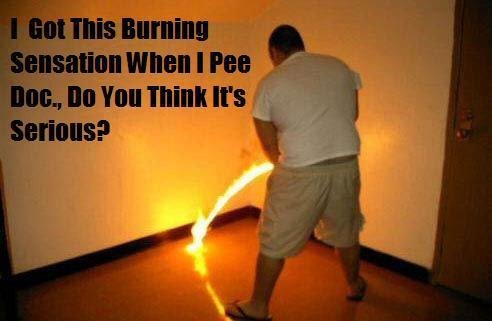 The dumbest thing I could do to calm down a beast is slap it against the snout. If you think it’s not, let me know.

The same way, the worst way to solve a drinking problem is looking at it through the drinking glass.

It is clear to me now that I’ve stayed sober for a while. But back when I still drank, it was totally acceptable in my head to hold on to the liquor store door while trying to figure out how to get out of the mess that my booze-fueled mind has made sick body create.

How the hell did that work?

Quite aware of what a drinking mess I was, I was looking for a solution, but not a permanent one. I didn’t want the way out that didn’t include booze. That would be too much, because booze in my life had a function. If I removed it for good, there would be a hole left, and what will I fill it with? So, I wanted to let go, but not completely. I wanted to quit, but still hold on to the key. Just in case.

As one of my favorite performers wrote “Sometime things don’t work out, Sometimes things don’t work out… ‘Sometimes’ happen all the time… ‘Sometimes’ happen all the time!” (c) Henry Rollins. The thinking that was done in the mind frame of “I wanna, but I don’t wanna” couldn’t and eventually didn’t work out. I made promises to myself that if things go bad, I will do this one thing, but until then, drinking a couple beers once in two days was still OK, and if it became more than a couple, well then, it is not the end of the world either. Promise notes addressed to myself and put on the wall, I’d jump into the fight of every day, teeth clenched, brain spinning and having no idea how to react to a single tiny conflict. What a mine-field dance. I was pushing myself for a failure. I was basically pissing gasoline to put out the fire.

When I came to AA, I learned of this thing called “no reservations.” What it had to do with was that I couldn’t solve an alcoholic problem by finding alcoholic answers. And since an alcoholic is what I was, that’s what I’d be coming up with. Why? Change. Stress. I doubt anybody truly likes those. I sure didn’t. So, I pushed all of that life-changing scary shit out of the way. And when nothing happens, nothing happens, as I heard them say. And nothing really did, until I was “ready to let go absolutely.” No booze, no excuses to drink, no hanging out in bars, no hanging out with drinking buddies. Remove yourself from the drinking culture. Join the group of people who stay sober and want to stay sober. No compromise.

Sometimes things don’t work out… We may find ourselves in the relationship that is unhealthy, abusing, just plain dangerous physically, but we think we cannot leave – nowhere to go, or just can’t break away. But yes, we can. We can, as long as we look for a new solution, not something we chewed on so long that the taste of it is so familiar to us it feels like the only home we can ever have. Old problem needs new solution, otherwise it is a waste of time and brain cells, a joke about worrying likened to sitting on a rocking chair – it will give you something to do, but it will get you nowhere.

the image was copied from https://funnyjunk.com/funny_pictures/506814/Piss/ thanks.

But it hurts more this time.

Sitting in the back of the room,

Hoping no one notices you,

You came on your own,

Knowing well it will help

To get back on your feet,

Or are ready to learn from the error.

You hear that call,

That is there every meeting,

That question that you hoped all this time

You didn’t have to answer.

Your knees tremble and your mouth is dry

As you’re about to reveal to the crowd

Of friends and strangers

That you are coming back from the war zone

Where your addiction and weakness rule.

You expect judgement and pointed fingers,

But what you get is a hug and a welcome

That you need the most.

It is here each time, whether it is the first time, or one hundredth,

As there is hope

That this is the last time

You’ve spilled nearly all of your blood on the way in.

the image was copied from http://hub.yourtakeonwords.com/hub/humanistring?w=1366;rh=http%3a%2f%2fhumanisthappiness%2eblogspot%2ecom%2f2013%2f06%2fwas-it-my-fault%2ehtml;rd=1#.W5MKIehKjIU thanks.